I bought the Assassin’s Creed Trilogy about a few years ago for the PS 3. I tried to play it and I’m on the one with Ezio in Renaissance Italy. I’m stuck at one part because I can’t get off the darn rooftops. I’ll figure it out eventually.

I understand there are a SEVERAL different versions of this game. If I wanted to make a coloring page series about it I probably could! Assassin’s Creed II, III, Black Flag, Revelations, Rogue, Unity – sheesh! There are a lot of choices for drawing. I decided to make this version for my first gaming coloring page.

By the way, where is a good site for help jumping on and over to rooftops? I’m stuck on that part in Assassin’s Creed II (the one in Italy during the Renaissance). Let me know of any “how to” sites online to get past that part in the comments. 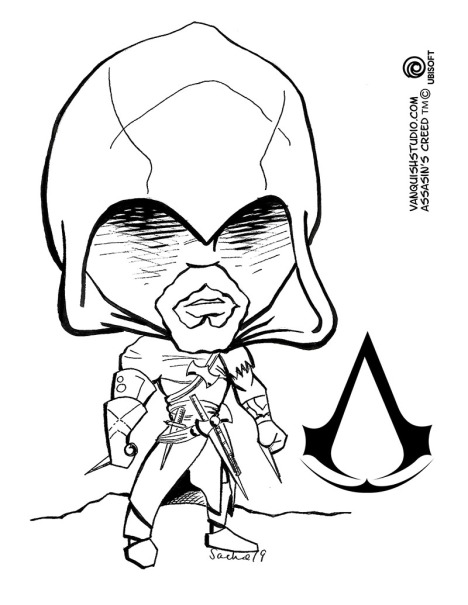