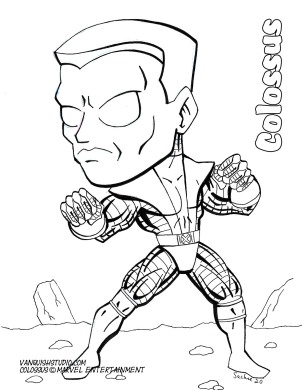 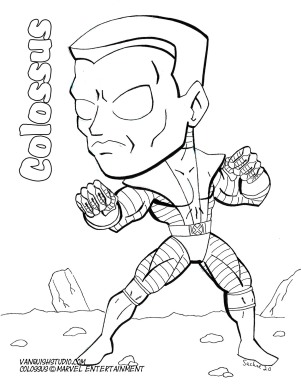 This is the latest X-Man coloring page, Iceman! I had a lot of fun inking this one which you can see on my YouTube channel! Check out Wolverine, Storm, and Night Crawler in the coloring page section.

I’m working on one of my favorite characters of all time – Gambit! Here are the flats. I need to add the color holds and the cuts but it’s looking good so far. 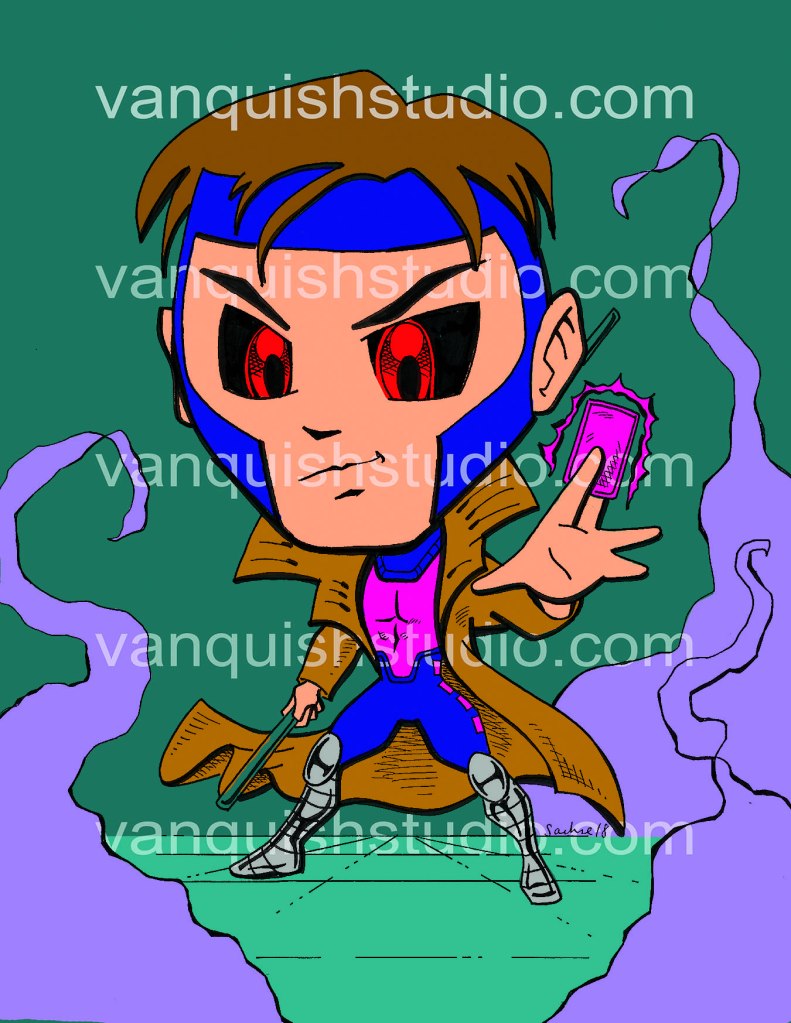 Okay, I don’t know if its just me but I think female superheroes don’t get as much play time as male ones. I can count only two movies, Halle Berry in Catwoman and Jennifer Gardner in Elektra, that have been made. Maybe there are sparse movies because the comics scene is low on female starts as well. When I printed my art for the comicon something told me to only make five copies of each female character. I was right, I should have only printed five of each. With the exception of Harley Quinn, I really don’t see females characters as a big pull.  Why? I don’t know. That’s a good question. A question to which I don’t have the answer. Still, I want to have a well rounded supply of stock so I keep drawing female characters although I admit I don’t have as many females as male superheroes to offer.

Experimenting with composition on my first comic.
Star Girl in the works.
The subject of my next YouTube video chrome texture!
More ideas for the Dominator.
More ideas for a new Dominator cover on the website.
Working on 3/4 view. Mutha.