After releasing two coloring pages of the Sith I needed to go back to the good side for awhile. I must say I prefer the puppetry of the Yoda in the earlier movies like The Empire Strikes Back. The CGI Yoda looked too different from the original.

He did move really well as a CGI character when he was fighting Count Dooku, though, which could never have been done with a puppet. Hmmm, maybe a mix of the two special effects would be best. Regardless, here is the next Star Wars release!

May the Coloring Be With You. 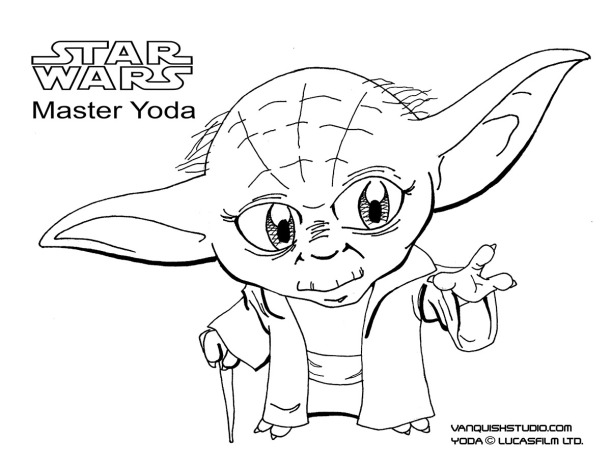 Do you have an idea for a Star Wars character to color? Greedo? Cad Bane? Han Solo? Princess Leia? BB8? Let me know by leaving a comment.